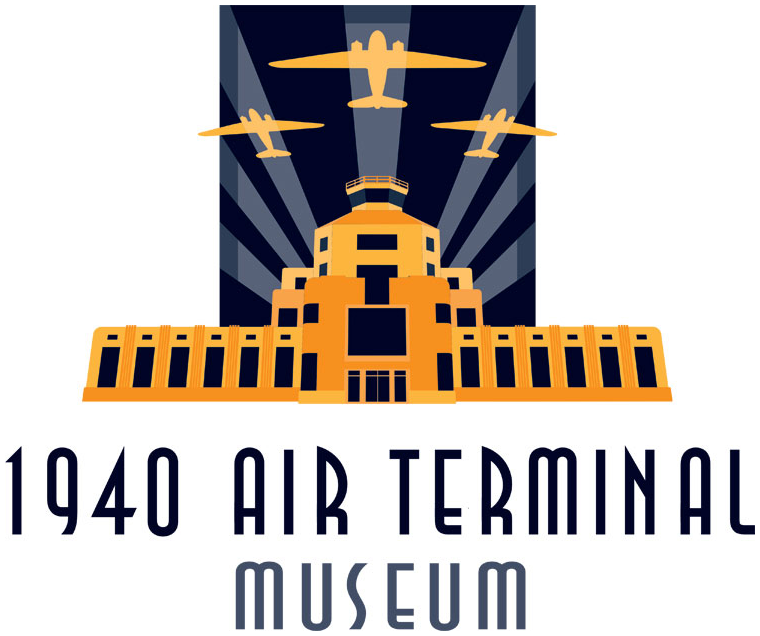 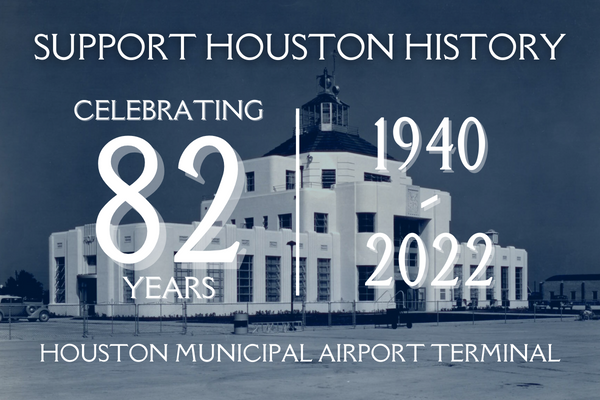 Join us in celebrating the 82nd anniversary of the Houston Municipal Airport Terminal Building on September 28, 2022. We invite the community to help preserve Houston's aviation history. Consider donating $82 for our celebratory year or a smaller donation of $40, $20, $10, or $5. Your gift will allow us to make vital improvements to the building structure and sustain our educational programs.

The principal artifact of the museum is the Air Terminal building, a spectacular Art Deco structure designed by noted local architect Joseph Finger. The terminal remains as one of the finest modernistic examples of 1930s airport architecture in the U.S.

The building housed airport administrative functions and the airport control tower. It opened on September 28, 1940, serving the airlines and their passengers until Spring 1955, when what would become William P. Hobby Airport opened.

Today, the 1940 Air Terminal Museum first floor exhibits showcase Houston's civil aviation history. The building is a City of Houston Protected Landmark, is listed on the National Register of Historic Places, and is designated as a Historic Aerospace Site by the American Institute of Aeronautics and Astronautics.